I spent a few days in Florida’s Polk County again several weeks ago. I was interested to see more of the area that I have become very fond of. The curious name of “Frostproof” got my attention. I also went to Lake Wales, and can confirm there are no whales in that lake.

The settlement in the area now known as Frostproof was established in 1850. This settlement, like many in central Florida at the time, was set up as a fort and was called Fort Clinch. The fort was named after the local Lake Clinch which was, in turn, named after the Seminole War commander Duncan Lamont Clinch. Prior to being named Frostproof, the town was named Keystone City. However, after being confused regularly with Keystone Heights, a city in North Florida, Frostproof was coined. The name was a marketing ploy to convince potential landowners that the town has never had, and never would have, a frost that could destroy the large citrus-driven economy. However, only a couple of years later, a frost during The Great Freeze of 1895 killed most of the citrus in Frostproof.

Here are several of my photos from Frostproof-

Frostproof, Florida, Banner celebrating city’s 100th anniversary in 2018, in front of the former Frostproof High School Building that has been converted to the Frostproof City Hall. 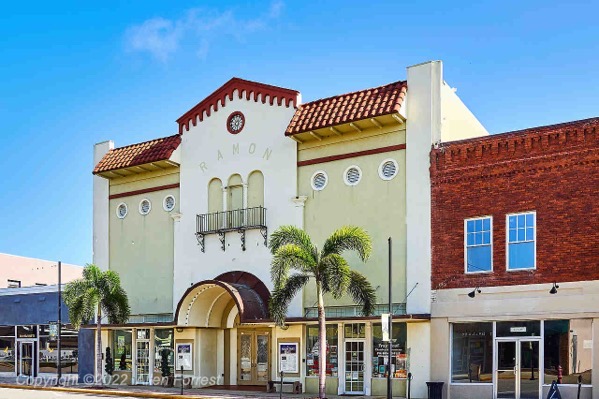 Lake Wales is home to Florida’s Natural Growers, an agricultural cooperative. It is currently owned by over 1,100 grower members. It is the only national orange juice maker that uses only US-grown fruit (grown by its cooperative members in Florida) in its products.

Originally named the Dixie Walesbilt, the building now known as the Grand Hotel, a 10-story skyscraper, stands as enduring testimony to the spirited optimism of the Great Florida Boom Period. One of a small remaining number of historic skyscrapers constructed in Florida during the 1920s, the hotel, which originally cost $500,000, was financed through the local sale of stock in the enterprise. Its doors opened to the public in 1927, shortly after the boom had begun to collapse.

No visit to Lake Wales would be complete without a visit to Bok Tower and Gardens, a 250-acre contemplative garden and bird sanctuary located atop Iron Mountain, north of Lake Wales. Formerly known as the Bok Mountain Lake Sanctuary and Singing Tower, the gardens’ attractions include the Singing Tower and its 60-bell carillon.
Bok Tower Gardens is a National Historic Landmark. The 205-foot Singing Tower was built upon one of the highest points of peninsular Florida, estimated to be 295 feet above sea level, and is listed on the National Register of Historic Places. 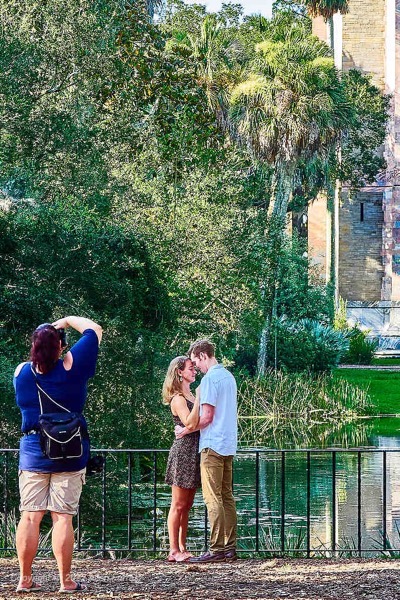 I thoroughly enjoy exploring the smaller towns around the southeastern United States with my cameras. I hope you will take a look at more of my photos at my website, “Photography by Allen Forrest.”

Thanks for taking a look! I truly appreciate your interest.  Please Post Your Thoughts, Comments, Corrections, and Remarks in the “Leave a Reply” Section below… \>\>\>\>\>

It has been a while since a new photo was posted at Quincy Daily Photo, but that site is the home to great photos of my original home town, Quincy, Massachusetts. I have found many pictures there that bring back fond memories from my childhood. The blog publisher, Slim, has posted some great photos there.

The latest post talks about the old Quincy City Hospital, later named Quincy Medical Center, the place where I, my two brothers, and eldest daughter were born. It is sad to see another piece of history being replaced. The post shows the construction going on at the site, with part of the explanation saying ” It will be renovated and incorporated into a multi-family 465-unit apartment complex called Ashler Park.”

I highly recommend that folks who are interested take a look at Quincy Daily Photo and while you’re there take a look at some of the great, older photos posted there.

Here is photo of the hospital building that I shot in 1980 and a view of Boston Harbor from outside the hospital that day.

Thanks for taking a look!
I truly appreciate your interest!  Please Post Your Thoughts, Comments,
Corrections, and Remarks in the “Comments” Section below… >>>>>